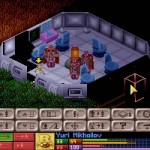 Usually, I will not comment on the current news cycle, but this is one is too good to pass up: There will be a new UFO game. It will be turn-based. And it will be made by Firaxis (the Civilization guys). So how about that?

First reaction: Great! “Turn-based tactics” is the one genre I love unconditionally. It has something to do with the slow pace and the option to min/max a party of characters. Because what is better than gaining a Level-Up after a hard mission? Gaining six Level-Ups, of course! And UFO – Yes, it’s XCOM in the US. But I’ll stick with the European version thankyouverymuch. It will always be “UFO” to me. Many hours were spent manoeuvring the fleshy, vulnerable humans attached to my alien-killing weapons through dark neighbourhoods and farmland. Or cruise ships. Yes, I completed Terror from the Deep. It felt so difficult that I have the need to mention this achievement over a decade later.

Well, UFO had one of the best meta-games of any entries in that genre. It did not try to cram a story down my throat, but gave me the whole world to play with. And the story wrote itself from my decisions. A Terror Mission in Tokyo? Well, I probably should have patrolled that area more diligently. A large Spaceship is approaching my base, and the soldiers are still out on a mission? Quick, get some rookies and hope they don’t do more damage to the equipment than the intruders. Discover the alien base on Mars? Better have enough units and funding left to actually get there. Ah, it’s all coming back… So, loaded with enough nostalgia to kill an elephant, have a look at the first information from the new one.

You are allowed to streamline… a bit 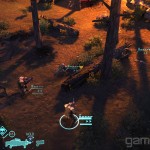 The screenshots give me Hex grids and blurry terrain textures. I have seen that somewhere else. It looks like the missions are played in the Civilization engine. Thinking about it, there were some mods in Civ IV, which would transform the gameplay in just that: Manoeuvring space marine squads through dungeons. Just checked: It’s called Afterworld, and is a mod for Beyond the Sword. It appears that Firaxis has more experience with the genre than one would think at first. And from the looks of it, they plan to include most of the meta-game features from the original in their version. A wise choice.

There is an idea in the new UFO that I like very much: Vertical base building. In the original, the base layout had one single use: Creating the level if an alien ship attacks you directly. Aliens could only enter through the main elevator and the hangars, which made mostly for samey, H-shaped bases in my case. The screenshots look like There is a single point of entry from above, which could free the rest of the space for actually interesting construction after the entry is secured. So, there is a chance to give adjacent rooms more context than simply raising a global base statistic.
Ok, I notice I will be mostly speculating and wishlisting from here on. I’ll save that after more information is released. 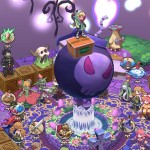 The other evolutionary branch

Just one thing: Please tweak your Art Direction? It’s all looking so shooter bland. Yes, you probably have to follow a newly created brand bible, but really. On some of the worse screenshots, the game looks like an indistinguishable mass of brown overlayed with a screaming UI.
How about adding some more colour? The original worked well with its comic look, heavily inspired by Image Comics. Hey, you could even take it further, and go for the Asian audience (see picture). Please?

Another thought from a developer point of view: Is Firaxis trolling 2K Marin? That is the studio responsible for the UFO Shooter. They are peacefully aligned on the official brand page. But after the 2K boss dismissed strategy games last year as “not contemporary”, I would have completely understood if Firaxis had added a single line to their strategy UFO press reveal: “@cHartmann: ZING!”