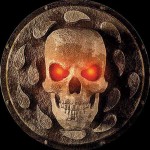 Yeah, you know me

At the end of my last posting I mentioned an insight into personal playing styles. Now I want to investigate it further and do a little personal reflection. The main lesson being: The better you know yourself, the better you can reflect your decisions and motivations. Even when designing games.

The insight goes like this I do not play in a way to have the most fun, but in a way to avoid the most pain. Sounds a bit negative, doesn’t it? But it’s rather subtle, and I’m wondering how many players of my generation had similar experiences. And how these experiences influence how we play games today. Or in the case of designers, how they influence the ways we design games today.

Let me tell you an anecdote I casually bring up nearly every time classic RPGs are mentioned: “I lost my mage to a crossbow bolt once, after already winning the battle. Mages at that time had a D4 hit die, so he went from perfectly fine to dead in the blink of an eye.” This anecdote is usually followed by exclamations like “You kids have it easy these days with your staff-wielding, health-regenerating combat mages.” 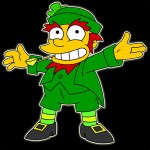 Well, that is only part of the anecdote. The full story is this: As a typical fantasy nerd, I had only played mages up to that point. That included most videogames as well as regular D&D groups where I liked to create self-referential smartass casters (you know the type). This went up to a point where I had developed a kind of alter ego, which was used with small alterations in most groups I played with at the time. I was not alone in that matter. Some of my friends still use the game characters they developed when they were young, and their avatars age along with them as they get transferred from game to game.

Well, mine was killed on a field outside Nashkel. The game is, of course, Bioware’s Baldur’s Gate, and the ambush happened fairly early in the game. I already had a decent party and beat back the attacking critters without much trouble. The situation was under control. I wasn’t taking any risks and kept my frontline fighters competently healed. Then suddenly, my main character dropped dead. He had been hit by a single long-range bolt from a Kobold at the edge of the battlefield. And since these were the 90’s and the game a story-driven RPG, the dead of the main character means you lose the game and get to talk to the hand. Of course it does.

You kids have it easy these days 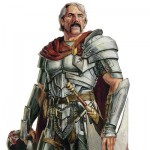 That sudden, random death of my character shocked me. I quit the game, choosing not to load a save file. When I finally went to play again, I began from the start and rerolled a cleric. Those can also cast. But more importantly, they get more hitpoints and are allowed to wear plate armour. It is a trend I have kept to this day. Not the cleric specifically, but the preference of very sturdy casters and trying to avoid combat whenever possible. Hey, other people never get over the death of a beloved pet. I lost an idealized version of myself to what felt like an accident. That should excuse a lot of strange behaviour.

The good news is that videogames lost more and more of their hardcore rulesets over the last decade. Today, you need to lose your complete party before getting an end screen. The main character, if there is one, still features prominently in talk pieces or cutscenes. But his or her critical role is no longer enforced by the game rules. I wonder how many dead mages it took to have RPG designers reach that epiphany. And what the clergy did to them, since the cleric class is conspicuously missing from many games for a time now. And I wonder what needs to happen to designers to have them drop the notion of inventory capacity based on character strength. Which would greatly help those weakly mages. And maybe, one day, I’ll exhume my character sheets and give my old avatar a new vessel. 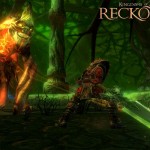 You shall not pass? Please?

Sometime I find myself guilty of procrastination. Who isn’t? Finding thousands of little things to do instead of the one you should be doing? And suddenly your apartment is cleaned up after years of neglect – on finals week. This is why I somehow found time to have a look at the demo for Kingdoms of Amalur: Reckoning. And the demo looked back at me and offered some insights.

Let’s start with the setting and some production background. Because the latter gives context to my criticism on the former. Which is: I don’t feel it. You see, the whole game is allegedly intended to be part of a larger franchise and a kind of proof-of-concept for a larger MMO project. And it seems to have the necessary money behind it, as well as some promising names like Ken Rolston. It’s just… look, I started the game and was greeted with a, well, quite standard RPG intro. The unique point would be that everything somehow is coated in Celtic mythology. Which I find funny, because I did something like that in a student project some years back. And ended up with the same problem that haunts KoA:R. Which is, no one understands the names or will be able to spell them. Or, you know, at least have the option “Subtitles” turned on as default. Really, as non-native speaker I got confused halfway through the intro about the narration. Who was that? Did I just mishear a genuine English word or was that the name of some guy I should supposedly remember? That, combined with the fact that the plot summarizes to “Evil army threatens the world” killed my attention to the setting halfway through the introduction.

Stop me if you heard that one before… 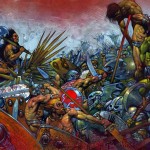 Shouldn't the "Tuatha" be the Good Guys?

The other thing that amuses me about the setting is, well… see the picture on the right? It’s from Sláine, an 80’s comic based on Celtic mythology. If you do anything with that setting, you will at one time or other reference it. The walls at 38 Studios are probably cluttered with illustrations from that comic and their own concept art. The fun part? Sláine was a contemporary to Warhammer Fantasy. There obviously was something about 80’s Britain that produced a certain mindset of dark and gritty. So, the joke is Tatcherism gave is some of the best works in fantasy and comics ever? Probably, but I like the following timeline more: “An lo! Warhammer met Dune 2 and they begat Warcraft. And Warcraft met Everquest and they begat World of Warcraft. And World of Warcraft met Oblivion and they begat Kingdoms of Amalur. And they all lived in one house and shared their food and continued to beget children with each other.”

What I am trying to say is: It’s only of medium originality, since gamers stewed in that particular setting soup for generations now. Which is not a bad thing, concerning it’s intended mass appeal as MMO.  But at least I can no longer muster the necessary excitement that you would want from me if I were to invest in your franchise. Which is the first insight I gained from this game: My comfort zone of “fantasy stuff” is already pretty filled up. And I require new entrants to bring in something new and interesting to the table.

But… is the game any good? 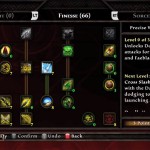 Well, kind of. It’s a weird mixture of MMO and Singleplayer Game, with questing and crafting from the former and combat from the latter. But without other more compelling elements like other players or a unique story. Ok, I could be wrong on the story. It really tries to give you something there. It just felt very disconnected, with no background or context for my character and the far too soon opening up the plotline  into generic questing content. But I’ll concede that criticism to the demo and take a final stab at game mechanics.

The game offers the three default classes Warrior, Mage, Rogue and prides itself of its powerful and flexible talent tree and customization system. And the way it works is: There are three trees, and on levelup you choose where to put your points. And there are Destiny Cards that give you a defined class but are only available when you meet their point requirements in every tree. This sounds interesting in concept, but I had problems seeing the interesting choices. The dominant strategy would probably be to pick a single class and put all points in that tree to unlock stronger versions of that class. Most talents give you additional weapon moves. But in combat you are restricted to two weapons anyway, so why should I learn a bit of everything when I am not allowed to put everything into practice? Plus, I did not see any differentiation within each tree. A Warrior is a Warrior, there seem to be no different builds like, for example, Dragon Age where a Warrior could specialize into tanking or damage. I am not sure if such choices are present in Kingdoms of Amalur. Or even worse, if they are false choices, being present but making no differences. 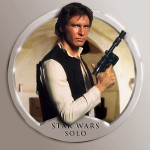 Rogues get all the girls

Nevertheless, I had fun while playing. Will probably get it down the line, just to check my assumptions on the talent tree. And find out how powerful that system can get.
And of course I picked the Rogue. Because I want to get all the loot, hide from foes and gain extra experience just for opening doors, and waitaminute…

That is the second insight I gained from this game: I hate missing content. And I hate dying or otherwise losing playing time. Which revealed to me the self-manipulation that hase been going on for years. I have been conditioned by lots of previous RPGs towards a certain playing style (Rogues) in RPGs that does not necessarily bring me the most fun (that honour goes to Mages), but that avoids the most pain. Really, you have all the benefits of extra equipment, damage avoidance and doing something all the time instead of waiting for mana to refill.
Alright, I’ll chew on that another time, the text is already long enough. And, really, I need to check my feelings and have a long talk with Bioware.