Back in 2009, I wrote a Developer Diary for ANNO 1404. Yes, I am carrying this Games – Reality theme around for some time now. To my knowledge, it never got a translation into English. Here is the original entry. And now, here is my personal translation:

They may be inconspicuous, but are still there: Similarities between brothers.
In the case of Simon and Sebastian Bombera, it is a common fascination with the past. The younger brother studies history, while the elder works on a videogame with historical setting. After Simon aced his state examination, they had some celebratory beers. And some time later, the discussion swerved towards the background of ANNO 1404.

Sebastian: Well, it was not supposed to. For ANNO, we are always looking at a large timeframe instead of a single event. It is not about letting players discover America or survive the French Revolution, but to have them write their own history. ANNO is just the setting and the rules, but it is up to the players to choose their path – whether as a diplomat, guild master or master builder.
And by the way, the rough time frame gives us far more freedom when choosing which Goods, Buildings or Technologies become part of the game.

Simon: Yeah, looking at some artworks, you are really exploiting this freedom to its fullest. Just look at the architecture: I can see Gothic, Romanesque, Renaissance… simply anything that seemed to fit somehow.

Sebastian: Well spotted. And you already called the reason for this mishmash: It fits.
There are a lot of buildings in this game. And they all have to follow some common rules.
Primarily, they need to be distinct and recognizable, even at a large distance.
When players are looking at their island from above and search for their Charburner’s Hut, it is easier to spot the house with the large charcoal stack instead of searching every cabin for the black guy.
Secondly, the buildings should fit their particular civilization level. These levels have to be visually distinct while looking more impressive with every step.

Every civilization level got its own look

Simon: Alright… so that’s why your Aristocrats don’t live in castles, but in Biedermeier-era town halls and are busy all day lighting new candlesticks.

Simon: No, really. How the hell are you choosing these goods and production chains, anyway? I can believe that Peasants take their only nourishment from fish. But the very next level, the Citizens, demand for Spices, which seems a little out of place. Pepper, for example, was worth its weight in gold these times and was not available to the common folk.

Sebastian: To get all the wares for ANNO 1404, we started out with extensive research, and created several long lists afterwards. These contained everything from Abacus to Zwieback, complete with pictures and descriptions of their fabrication. Based on these lists, we did the actual design while considering the game mechanics: How complicated is a production chain? What buildings are needed, and what types of intermediate goods are produced?

Simon: What do you mean with „intermediate goods“?

Sebastian: That is what we call all goods that are processed further. For example: Hemp is intermediate goods, which is fabricated into linen cloth, ropes and candlewick. And if a production chain becomes very complex and needs many of these intermediate goods, it belongs into the late game. That way, new players will not become overwhelmed and the experienced ones get something to do later on. And now back to your Spices for Citizens… well, it is a simple chain. Not enough complexity for the more appropriate Aristocrats level. And by the way, it is a good reason to send players south, looking for the right growing area. So we can introduce the Orient at that stage.

“Learning from other cultures” is the main theme of ANNO 1404

Simon: Ah, the Orient. That was a good idea. Especially considering that there have been relations between Occident and Orient long before the year 1404. The Byzantine Empire had been already structurally weakened through its conquest by crusaders in 1204. Consequently, it could do nothing to slow the growth of the Ottoman Empire during the 14th century. The Byzantine Capitol, Constantinople was finally captured by the Turks in 1453.
So, your game plays during a historical phase in which the emerging fabric of European states had to stand up to the expansion of the Ottoman Empire.
Additionally, at around 1404, the Reconquista was still ongoing on the Iberian Peninsula. It would not end before 1492, with the surrender of the Moorish city of Granada.

Sebastian: That is quite a memory you got there! But this is also one of the main points, where ANNO 1404 differs from history. We do not present the Orient as an expansive opponent, but as a helpful ally. There have always been long stretches of time, in which all cultures and religions lived rather peaceful alongside each other and learned from neighbours. The Moors in the West and the Crusader Kingdoms in the East both arranged themselves with their surroundings and created their own mixed cultures. These times saw an immense exchange of goods and knowledge between cultures and shaped many areas of life to the present day: Medicine, Chemistry, Mathematics, eating habits… to name a few.
Regrettably, these peaceful periods get forgotten too often. Chances are, if you are talking about relations between Orient and Occident, the first word everyone recalls is “Crusade”. So, yes, that pop cultural memory is the reason why the campaign in ANNO 1404 deals with a crusade and its associated power games.

Simon: That is historically quite incorrect. The seventh and last crusade is already 130 years in the past in 1404.

Sebastian: Yes, but it feels right for the game. We rate fun over realism. And ANNO 1404 does not claim to keep to the books. We are playing in an idealized, pop-cultured version of history. With terms and pictures that everyone thinks of when they hear “Middle Ages”. We are walking the line between the derogatory damnation of that epoch as “Dark” and its kitsch romanticisation as “ye good olde tymes”.
And we present a lot of things that are historically accurate and distinguish ANNO 1404 from its predecessors: Cogs instead of Galleons, Knight’s Castles instead of Pleasure Palaces, or Corsairs instead of Pirates. History is present in all areas of the game: The medieval estates of the realm, beggars, princesses and tournaments, outlaws, torturers and plague carts, monasteries, irrigation systems and caravans…

Simon: …alright, alright, I see you put a lot of thought into the game’s setting, regardless of all inconsistencies. Now, please, let me irrigate my dry throat and intermediately produce two new glasses of beer. 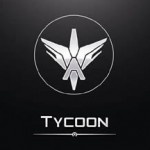 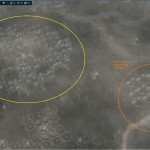 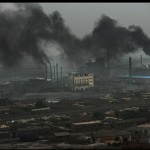